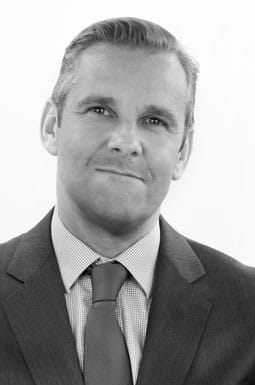 Richard Cooper joined the firm in January 2015 as a consultant solicitor working within the Serious Crime Department. Prior to joining Sternberg Reed, Richard was a partner at both Taylor Haldane Barlex, BTMK Solicitors and Twitchen Musters & Kelly.

Richard’s is qualified as a Higher Court Advocate which allowed him to appear in the Southwark Crown Court where, he successfully defended a Company Director prosecuted by Serious Fraud Office in a 4 month, £5 million fraud.

Richard’s practise embraces the full spectrum of criminal cases although he specialises in serious and complex crime often involving substantial volumes of evidence and lengthy, multi-defendant conspiracies. In 2014 Richard represented the lead defendant in the longest fraud trial to be heard at Basildon Crown Court.

The experience Richard has obtained from defending the most serious and complex of matters means your case will be dealt with by a genuine expert. Richard’s tactical insight and forensic approach to case preparation is applicable to all his cases, no matter how big or small. Richard’s major case experience is utilised so that all his clients gain a distinct advantage over the prosecution.

Richard’s expertise as a defence litigator is recognised by the Serious Organised Crime Agency (SOCA) to whom Richard has lectured on case strategy and trial preparation.

Richard is consistently recommended in both the Legal 500 and Chambers UK (Guide to the UK Legal Profession) as a leader in the fields of both fraud and general crime.

Chambers (2013)        “…Richard Cooper is ‘down to earth’ and ‘highly experienced’  and specialises in serious crime and fraud work.”

Chambers (2014)        “…The “outstanding” Richard Cooper is viewed as being”exceptional. He’s honest and straightforward with his advice, but he’s also sympathetic and helpful throughout the process.”

Richard’s commitment to delivering the best service to his clients was demonstrated in a terrorist case. Richard represented a defendant for 14 consecutive days of interviews in police custody. The defendant was subsequently acquitted of all charges.

Richard represented a defendant in both criminal investigations and regulatory proceedings brought by the Financial Services Authority following the discovery of a huge insurance premium fraud. The case also involved cross jurisdiction investigations by the FBI.

Richard secured the acquittal of the lead defendant in the V2012 festival murder. The case involved complex medical evidence and pathology.

Acquittal of one of four nightclub doormen charged with the manslaughter of a clubber who was thrown out of a club and then restrained pending the arrival of the police. The case raised complicated issues of causation.

Richard successfully defended confiscation proceedings brought against a ‘loan shark’ who was prosecuted for unlicensed money lending. Criminal benefit in excess of £500,000 was identified by Trading Standards investigators. In spite of the defendant’s guilty plea to the indictment, the prosecutor’s application for confiscation was successfully opposed.

Richard secured an acquittal of a 13 year old charged with gang rape. The case involved toxicology and consent issues.

Back to our partners 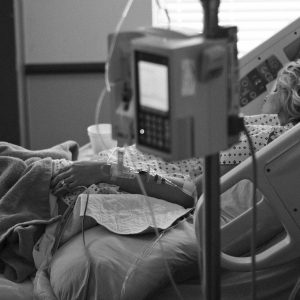 In August 2019 we wrote an article about an Inquest where a Coroner concluded that a baby died as a result of serious failings at Basildon Hospital in 2018. Ennis Pecaku was starved of oxygen and he stopped breathing during his delivery. His...

Our firm recognises that there are many people who need access to legal advice but feel that they are unable to do so because the Coronavirus pandemic.  We have listened to the views of our clients and so are introducing from 8st August 2020 a...