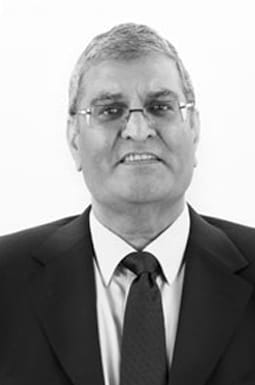 Mohinder is an experienced civil litigation solicitor based at Sternberg Reed’s Barking office.

After completing his training with a practice in Harley Street, Mohinder was admitted as a solicitor in 1981.

In 1985 Mohinder joined Sternberg Reed (then known as Geoffrey Sternberg & Company) to undertake civil litigation of all types and became a partner in 1987. Mohinder has since been Head of the Civil Litigation Department and in October 2014 he succeeded Geoffrey Sternberg as the firm’s Senior Partner.

During this time at Sternberg Reed Mohinder has conducted civil litigation at all levels includes what was then known as the House of Lords and is now called The Supreme Court.

Mohinder is committed to early cost effective resolution of disputes either by litigation or mediation and always strives to achieve the best possible outcome for his clients.

Although primarily based at the Barking office, Mohinder often sees a client at the firm’s other offices, if and when necessary.

Mohinder is also able to converse with clients and take instructions in Punjabi, Hindi and Urdu.

Back to our partners